​The MOST RELIABLE WAY TO FIND PRE-SCREENED WORK FROM HOME JOBS.

​I wanted to be In CHARGE!

I grew up in a household that had two businesses in the home. My step-mother had a 3-stall beauty shop and my father had an art & photography studio. So, for me, the thought of working in the home comes naturally to mind. We were all expected to be receptionists when we answered the phone and we learned customer service and phone etiquette quite early. I remembered my step-mother scheduling her “ladies” in the beauty shop. I remember thinking how it must be nice to be in charge of who you see and when. She decided that she didn’t want to work Mondays, so she didn’t. She decided what brands of shampoos and cosmetics she would sell in her shop. She didn’t have to do what someone else told her to do. She was the one in charge. My father was also in charge. Yes, although he did have to schedule some of his projects around other people’s weddings or graduations, so that he could take pictures at them, he was still in charge of what work he would do and for whom he would do it. He didn’t just take pictures, he also did artwork, and was responsible for some very nice paintings that he did on outside of his “job”.  He designed the logo for one company. He was still the person who decided what hours he worked and what hours he got to play.

At the age of 16 I went out into the workforce. My first job was as a receptionist at a gym but that didn’t really last very long. It was part-time, and they didn’t really need me to work but for an hour after school twice a week. After that I worked in the food industry for a while, either as a cashier or as a waitress. After that, I went to work as a nurse’s aide in a nursing home. That began my 35 years working in healthcare. I have worked in several different nursing homes, in three different states. In between nursing home jobs, I also worked for a telecommunication company, two years for a computer company and one year for an internet service. I also did another short time as a receptionist for a meat packing plant. You could say I gained quite a bit of an eclectic work experience. During that span of years while I was gaining such eclectic experiences, I always wanted to work at home. I wanted to be in charge.

These were the thoughts going through my head while I was working for other people. I worked in nursing home for a very long time, mostly on the night shift, which meant that I got to sleep all day. I missed out on quite a few of my children’s school plays, PTA meetings, and other school functions because I was either asleep or on my way to work. I missed a lot of my children’s childhood because my schedule was not my own. I liked to take care of people, but I didn’t get to decide what hours I was going to work, or when I was going take time off to take my children to the park. I was not in charge.

As I got older I noticed that I had gotten slower moving about. Physically doing the things I did when I was 20-something was not happening anymore. I could get down on the floor and perform wound care on my patients and then get back up with a problem back then. Now, it isn’t as easy. In the last few years I have transitioned from working in a nursing home to working for home health out in the field. That meant driving to people’s homes and performing my nursing duties in their home. Then driving to another person’s home and doing it again. When they were trying to sell me on working for home health they said things like, “Be your own boss”, “Set your own hours”, and “Work as little or as much as you want”. Those magic words. This of course wasn’t at all true. What they really meant was that I wouldn’t be my own boss, but I would be working for a large corporation that didn’t really care about each individual that worked for them. They were only concerned with the bottom line, which meant they wanted me to work as much as they could schedule me to work. So, the three statements that they made were just what I call “hooks” to get me interested. My schedule still had to be worked around someone else’s schedule. It was just like working in the nursing homes, but I was putting extra wear, tear, and mileage on my vehicle, going into stranger’s homes when they would allow me to, and still working myself to death. I was still not in charge.

I decided to go back to school and get an education for a career where I could work from home. I took an online course for Medical Billing and Coding. When they asked me why I wanted to do that, I told them I wanted to work from home. Halfway into the course they started saying things like, “before you think about working from home, you should work for a couple of years in an office or facility”. I asked about work from home jobs and how hard it would be to get started, again I got the statement “work for someone else first, then try to work from home”. I started doing internet searches to get jobs in my new chosen career and found many not only required certification, which the school had not provided. When you graduate from and MBC course you then have to join an either AAPC or AHIMA so that you can go and take a 5-hour test to prove that you learned what you just spent a year learning. Both the membership and the test cost money that was not included in the course price. So, not only had I been not working for a year, I now needed more money to join the membership and take the test, which meant getting a job and saving up. I am still not in charge. I continued searching for jobs and realized that there were work at home jobs available to people that had a degree. So, I went back to school and am currently obtaining and Associate Degree in Medical Billing and Coding. However, I still need money to pay bills and things while I am in school for another year. I continue my online searching. I am learning to be in charge.

Then I found Mommy Jobs Online. I look through the website and I do see jobs available for people working from home. I see the words, “Flexible work schedule”, “Save money on food, gas, clothes and day care expenses!” and “Freedom, in most cases, to set your own hours and work when you want to work”. I thought, “well at least this is more honest”. I then began researching more and more into the site. I see Medical Billing and Coding jobs, but there are also many other jobs available as well. Virtual Assistant, Data Entry, Proofreading, Writing jobs, Clerical jobs, Customer Service jobs, and quite a few more are all available. I thought I was dreaming. I continued my search and noticed that yes quite a few of them still needed more than what I have at the moment. I still can’t do the Medical Billing and Coding without some experience and the certification that I don’t have yet.

However, I can do data entry or some of the clerical jobs that are listed. There was a contact us link and I clicked it and got to talking with one of the recruiters. She gave me some information about what I would need to do to join. I spoke with my husband about the cost, even though we are pretty much in dire straights as far as money is concerned, and he said it sounded like it was on the up and up. He told me to go for it. So, the next day I paid for getting into the clerical jobs bank. Then, I waited. Of course, I didn’t expect anything right away. It was a Friday when I paid so I assumed I wouldn’t hear anything until Monday. However, on Saturday night I received two emails. One was a welcome email and the other was a link into the job bank. I clicked on the link and started scanning through all the available jobs. I won’t lie. I think I got a bit overwhelmed by all the legitimate job listings available. I thought, “Whew! I can’t figure this out. It’s too much!” So, I put the computer away for the night and I went to bed. The next day, Sunday, I spent the day with my husband since he was home, but I kept thinking that I needed to get back and look at those listings and choose which ones to apply for. Monday, I spent all day doing online college work. I was starting two new courses so really needed to get my assignments and things ready for the week. Tuesday, I woke up early and turned on the computer and started running through the listings of jobs in the job bank.

There were still several that I felt were not the best fit for me. They either required experience I didn’t have, talent I didn’t have, or equipment I didn’t have. My heart sank. I kept looking and while I was scanning through the list, I was also chatting a bit with the recruiter that I had spoke to before. After a while, she asked me if I wanted to help post job ads and send out emails. I thought, I can do that. I said sure and asked what she needed me to do. She gave me the description, training module and I got to work. What I didn’t realize was that it was an actual job, Email Marketing Specialist.  I had seen the listing for it but thought I can’t do that, so I didn’t even look into the job description. I assumed it was another job that required tons of experience that I didn’t have. Well, no I am on my way to the work at home job that I was needing and looking for. I am not yet, but I will be in charge soon enough. 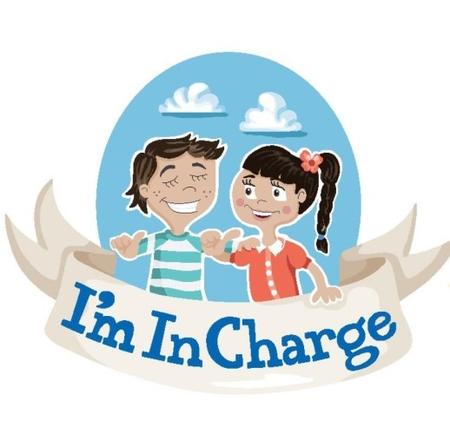